Which Summer Target Should Arsenal Reconsider?

Posted by: patrick in Arsenal news, Opinion, Transfer updates September 11, 2017 Comments Off on Which Summer Target Should Arsenal Reconsider? 110 Views

The problem with targeting a marquee signing and then falling down at the final hurdle lies with the fallout a club can expect from social media. Whatever the reasons behind Arsenal’s failed bid for Thomas Lemar, the dealings on deadline day made the club an obvious target for Twitter trolls battling to recycle less-than-funny observations.

It can’t help a situation that the player in question is in international action when he could be required to put pen to paper but whatever the reasons behind the failure, it is widely suggested that Arsene Wenger will return for Lemar in January.

The risk, of course, is that the player might be looking elsewhere so should the manager choose not to take that chance, there are two further summer targets who are still up for grabs. 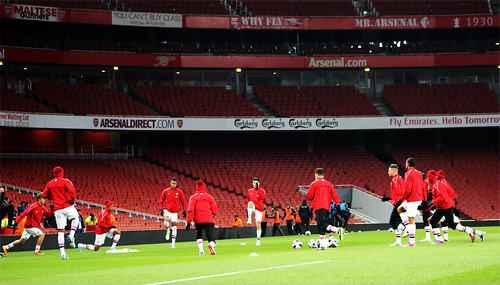 Before the new season had got underway, there were several reports linking the Gunners with a move for Eintracht Frankfurt midfielder Aymen Barkok. At 19, he’s two years younger than Lemar and has played just a handful of games in the Bundesliga, but scouting reports are favourable and he would naturally cost far less than the £92m quoted for the Frenchman.

Frankfurt have started their new league campaign in subdued fashion, with just one point from their opening two matches and are tipped to struggle for the remainder of the season. At present, bet365 have Niko Kovac’s side listed at 6/1 to go down in the Bundesliga betting markets so, would Barkok swap the bottom half of the German top division for a tilt at the title in England?

If that link isn’t going to be pursued, Wenger could still have another German midfielder in his sights. 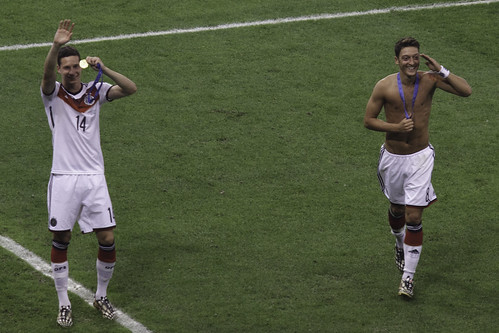 As the Lemar rumours began to gather pace, stories linking Arsenal with a bid for PSG’s Julian Draxler started to subside. The German international is thought to have been on Wenger’s radar for some time now and it’s almost certain that these reports will reappear as the January transfer window draws closer.

Draxler vowed to stay in Paris and fight for his place despite the arrival of Neymar in that world-record deal but the German has been given little opportunity in the opening stages of Ligue 1. If he continues to be frozen out by manager Unai Emery then the chances of the player leaving the Parc Des Princes will doubtless increase.

Remember, too, that this is a World Cup year and while Draxler appears to be a regular member of Joachim Low’s squad Germany, the 23-year-old will not be eager to risk his place by warming the benches at PSG.

The good news, if there is any, following Arsenal’s deadline day woes is the fact that their main targets stayed at their current clubs so they remain options for January. Traditionally, the winter window is a quiet time for teams in general and for Arsenal in particular, but it seems almost certain that the Gunners will wish to revisit a former target. The question is, who should they go back in for?

2017-09-11
patrick
Previous: Arsenal injury update: Francis Coquelin ruled out due to hamstring injury
Next: Do Arsenal now have the Consistency for a Title Push?

How Yannick Carrasco looks in an Arsenal shirt